There are two towers situated on a mountain plateau south of Jelsa: the Greek-Illyrian Tower Tor from the IV ct. BC and the mediaeval town-fortress Galesnik.

The Greek Tower of Tor (230 m above sea level) dominates the picturesque valley from Stari Grad to Jelsa up to Vrboska as well as over the channels of Hvar and Split and the Makarska coastline. Around the Tor tower there are ruins of unfinished walls with several natural and man-made terraces, indicating that they had once been living quarters.

There are two towers situated on a mountain plateau south of Jelsa: the Greek-Illyrian Tower Tor from the IV ct. BC and the mediaeval town-fortress Galesnik.

Grapceva cave is the cradle of Hvar's culture and civilization. The cave is one of the prehistoric findings dating back to the New Stone Age (Neolithic Period) 5000 - 4000 years BC and one of the oldest discoveries in the Adriatic and the Mediterranean.

It is situated 239 m above sea level and was the cultish place of a Neolithic Islander. The cave consists of a small hall (13,5 x 5 m) and a larger one (22 x 23 m) surrounded by hallways and chambers.

The towering stalactites and stalagmites that decorate the cave resemble an ancient organ and along with the absolute silence and solitude of the cave offer a magnificent and unforgettable sight.

Vrboska is situated in a long, picturesque and shady bay whose shores are connected by three tiny Venetian-like stone bridges that give the place an indescribable charm and warmth.

Vrboska consists of two parts: Podve which is a mixture of Renaissance and Baroque houses lined up along the shore and Pjaca with churches, narrow streets, remnants of Municipal Loggia and houses with Renaissance and Gothic details.

Some of the points of interest of the area include the Fortress-Church of Our Lady of Mercy, Pjaca (the square), Church of St. Lovrinac, St. Peter’s Church, St. Roko’s Church, Podve, Mirje (the largest ancient farm) and the Fisherman’s Museum.

Humac, once a shepherds' settlement, is located 7 km east from Jelsa, 350 m above sea level and offers a bird’s eye view of the valleys and headlands on the west side of the Island, yet also providing a view of the Island of Brac and the coastline of Makarska.

The village was established in the XVII ct. At the beginning of the XX ct. the Church of St. John and St. Paul was built. The houses of Humac are well preserved, simple and made of stone. They belong to a unique rural type of architecture and are therefore considered as being an ethnographic monument.

There is an ambiance restaurant open to guests during the summer.

These villages managed to preserve their centuries-old rural architecture - small village squares, narrow streets and households that consisted of a house with a courtyard, a well and a small shed for cattle. It is worth taking the 12 km trip to these villages that offer an original and unforgettable experience.

Pitve consists of two parts: Old or Gornje (Upper) Pitve and New or Donje (Lower) Pitve. Gornje Pitve provides the most magnificent view of the large valley, the Island of Brac, the Hvar channel, Jelsa and the surrounding area of Vrboska, Mt. Biokovo and the Makarska coastline.

Vrisnik was built on the slopes of a hill, using drystone support walls that shape the area within which houses, courts and gardens were built, which makes Vrisnik very appealing.

Svirce is situated at the foot of St. Nikola, the highest peak on the Island (626 m), where on a clear day one can see all the way to the Italian coast (152 km), a number of Dalmatian islands and the Adriatic coastline.

These two villages are situated on the south side of the Island. From there you can see the small Island of Scedro as well as the Island of Korcula and many small, natural, stone or sand beaches.

There are many coves and headlands that offer guests, traveling alone or in the company of their families, the privacy to enjoy a truly unforgettable experience of swimming in a crystal, blue sea.

During a comfortable stroll visitors can learn about herbs and plants growing on the Island of Hvar, especially those from which essential oils are extracted (sage, chamomile, thyme, fennel, blackberry, lavender and rosemary) that are plentiful on the Island. Strolling can take you to the villages of Pitve and Vrisnik where you can enjoy local specialties or have a picnic.

You can get all the necessary information from Mr. Mico Mijosko Bartulovic (#$85 21 761 736) or in hotel reception areas and travel agencies. 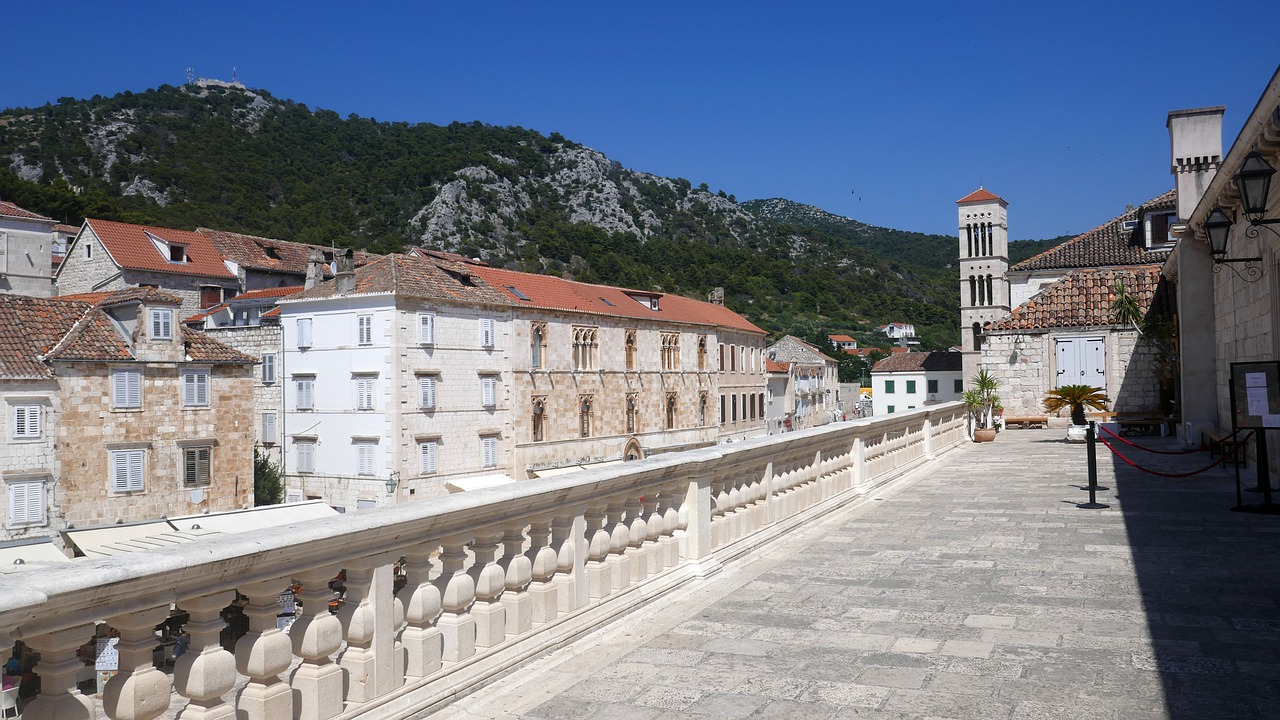